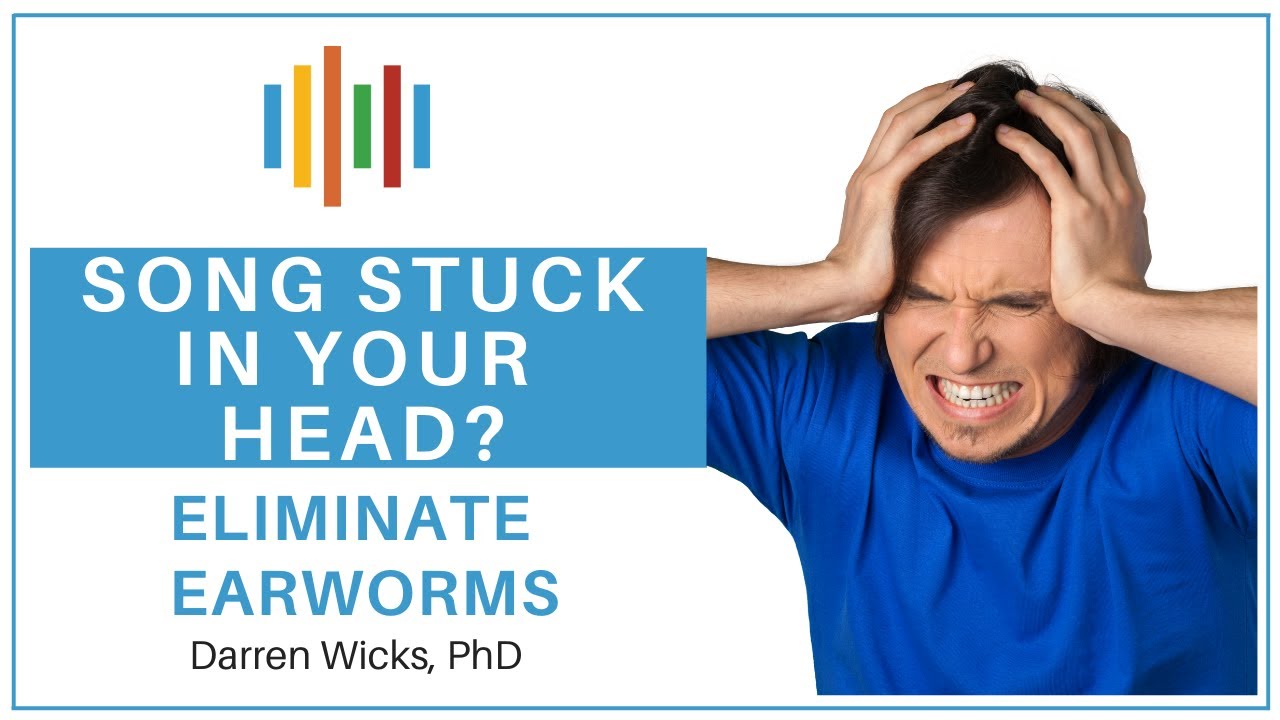 You probably didn’t realise this, but the very fact you’re a singer and interested in music, makes you more susceptible to ear worms than the general population.

What is an ear worm?

An ear worm is a fragment of a song that seems to get stuck in your head and won’t go away. Symptoms can include repeatedly singing, humming or tapping, and even walking down the street to the beat of a song. At first, it can start out as a pleasant experience but can lead to frustration if a person feels the song is consuming too much of their attention or when others around you start complaining about your sudden obsession.

The term earworm came to us in the 1970s as a translation of the German word Ohrwurm, but the phenomenon of getting a song stuck in your head is centuries old and some ancient references call it the “piper’s maggot”. To study the phenomenon, scientists use the term Involuntary Music Imagery (INMI) because earworms are linked to other types of involuntary thoughts.

How common are ear worms?

Ear worms are incredibly common. In one psychological study that surveyed 3000 Finnish people, 90% reported experiencing this problem on a weekly basis. They can happen when your mind isn’t working very hard and even when you’re dreaming. Some people wake up with a song stuck in their head.

It is not always a bad thing. Around 75% of people who report having earworms actually like the song in their heads. The annoying songs don’t occur as much as we think, but we tend to remember them more because they cause us grief and experiences that are more stressful are more likely to stick in your memory.

What causes a song to go around in your head is difficult to answer and the types of songs that worm their way into your head differ among people. However, there are some common features. Songs with lyrics tend to stick more so than instrumental music. Also, live music is more likely to trigger your internal jukebox than recorded music.

Sometimes, particular features of a song (such as the rhythm, words or melody) seem to grab us, and other times non-musical factors are responsible (such as the popularity of an artist, radio play, and your previous experience of the song). People who actively study, rehearse or listen to music are likely to report more experiences of an earworm because they are more interested in music and pay closer attention to it.

Repeated or recent exposure are big factors for triggering that earworm. For example, a song you have heard recently is more likely to become an earworm. Songs that get played repeatedly around holiday times, such as Christmas carols, can quickly work their way into your head. Other times, certain factors can trigger your memory of a song, such as seeing a word that reminds you of a song, hearing a few notes from a song, or feeling an emotion previously associated with a song. Another person’s earworm can also get stuck in your head.

I’m a big fan of the television series, Seinfeld. In the hilarious Season 2, Episode 3, George enters Jerry’s apartment singing a phrase of “Master of the House” from the musical Les Miserables. He then complains that the song has been stuck in his head for an entire week to the point that it is taking over his life and driving him crazy. By the end of the episode, the problem has spread beyond George with the whole cast struggling to get the song out of their heads.

Are there any songs you should avoid? Psychologists have studied hundreds of songs looking for common features of the earworms. Which songs become your earworm depends a lot on your musical tastes, but they tend to be songs that you like and that you listen to more than others.

However, if you feel like torturing yourself, you might try these songs that are commonly reported to be serial offenders. Beware, sometimes just the mention of these songs is enough to make you start singing them in your head:

Reported by some to be the most annoying earworms of all time, are

How to get rid of ear worms

A few scientific studies identified strategies for getting an annoying song out of your head. Lets look at 4 tips:

The most common technique people try is distraction where you try to make your brain focus on something else for a while. Studies have shown that distractions which are similar to the ear worm, such as listening to a similar type song are more likely to be effective than others.

Sometimes trying not to think of something only makes the problem worse. So, engagement is another technique where you grab the bull by the horns and connect deliberately with the song that is causing you grief. For example, lots of people know the chorus of songs, but they might not know the first and second verses. Engaging with a song by singing the entire thing through from start to finish can sometimes convince your brain that the task is complete and also eliminate the small part of the song that is on constant repeat

In a famous 2012 study by scientists at the Western Washington University, it was discovered that engaging your brain in moderately challenging tasks, such as solving word puzzles, anagrams or Sudoku can force a song out of your working memory by giving your brain something else to concentrate on. The key to success was to find a puzzle that’s not too easy or too difficult but provides a moderate level of challenge.

The most bizarre cure for ear worms was proposed by psychologists at the University of Reading. Their 2015 study suggested that chewing gum can potentially rid of your brain of a stuck song by interfering with the process that your brain is using to the play the song.

We live in a world where recorded music is everywhere. It is played in elevators, shopping centres, on our phones, in movies. It’s no wonder that songs get stuck in our heads when we hear them constantly.

It’s also possible that our brains are hard-wired to remember songs on purpose. Oral traditions go back a long way in human history and in earlier times, people used songs and stories to remember things on purpose. The only way to truly ensure you never get an ear worm is to live in a world where you expose yourself to as little music as possible, but then who wants to do that?

Dr. Darren Wicks is the founder of Total Voice Studio. He is a voice educator, jazz pianist and choral conductor. Darren is passionate about working with singers and mentoring teachers. With a career spanning 25 years, Darren brings a wealth of knowledge and experience to his teaching. His experience includes work as a high school music teacher; a university lecturer, work with community music groups; studio teaching; school and community choirs; amateur musical theatre and teacher education.
All Posts »
PrevPreviousHow to Wreck Your Voice – 10 Bad Habits to Avoid
NextHow to find a good singing teacherNext