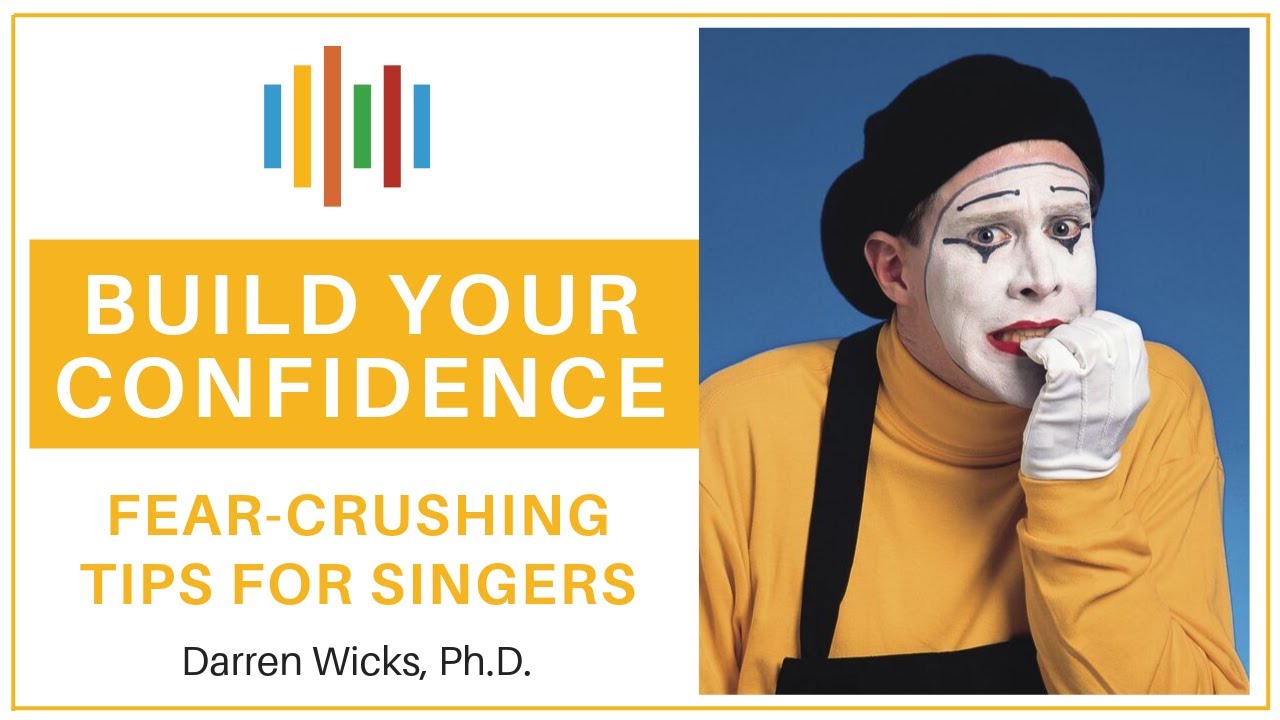 Confidence issues affect singers at every stage of their journey. They can steal the joy of singing, paralyse you during a performance, and are the most common reason that more people do not take up singing. How can a singer become more confident?

5 singers at various stages of their journey share their thoughts and strategies. It is a genuine and realistic exploration of a condition that many singers struggle with.

At the time of recording, Kallin has been taking lessons for 6 months. As a beginner, I knew he would have a unique perspective. He tells his story:

“When I first started singing lessons, I felt I had no control over my voice – not just my singing voice, but my speech in general. I had a fear around that, because I felt I never had any control of my voice. I think people fear things that they don’t understand, or that they can’t control. By bringing that control back, you can eliminate the fear that’s holding you back.”

Brett has been taking lessons seriously for year and is singing in a band with his friends. He relates this story:

“You start off with not much confidence. But what gives me confidence, is when I can see development. It’s something that doesn’t happen very obviously. It kind of sneaks up on you.”

“It’s only through giving your blind trust to the process. Whether it’s practice daily, or weekly. Whatever it is, there’s something regular about it. You put your faith in this. Over time, it dawns on you that you’ve travelled from somewhere to somewhere else.”

“It’s not something you can put your finger on and say ‘it’s when I did this, that it happened.’ It feels like it just creeps up on you. They are specks of hope that pop up from time to time. That is enough to give you the confidence to keep trying.”

Lisa spent a year training for and putting together her very first cabaret show. She performed it to a packed audience. She did such an amazing job, I wanted to get her perspective on how she gained the confidence to do this.

“When all those intrusive thoughts come, such as ‘you look ridiculous, it’s not going to work, your voice is not going to hold up’.  Thoughts like this just come all the time. I think it’s important to know them in the sense that, here comes that thought again. Rather than thinking, here comes that thought again. I can’t stand it. I don’t want to have it.

You just get to know those thoughts and allow them to sit with you. You just keep on with the process.  It’s all about the process – the rehearsing, the lessons, all the scaffolding you need that builds the confidence.

Confidence is not just some nebulous thing that you either have or don’t have. There is scaffolding that relates to confidence.  All your rehearsing, lessons, watching other people sing, and going to gigs. This makes up the scaffolding that builds your confidence.

Me: Was there anything you did to consciously build your confidence?

“I listened to a lot of singers performing my songs and how they interpreted them. I think rehearsing a lot. When I was rehearsing, I tried to pay attention to my perception that my voice was getting stronger and I was improving.”

“Then when I would have cracked notes or was singing on a day when my voice didn’t sound good, just trusting that it was all part of the process and that if I kept practising, it would work out.”

Me: What destroys your confidence?

“Really getting sucked into the self-critical thoughts. Paying attention to people who are critical without really having the educational background to know what they’re talking about.

When I made mistakes in the show, really trying to be mindfully in the next moment and not be dragging that mistake with you. It can go belly up pretty quickly if you just focus on your mistakes.”

Me: What kind of advice would you give to any singer who is looking to become more confident?

“Sing in front of anyone; just do it! When you have negative thoughts afterwards, you just have to plough on. Sing in front of as many people as possible. So I was in a choir and I had some solo performances in the choir that helped me a lot. So, practising performing in front of people. Even if it’s just your family.”

“If you are going to do this, just commit to the singing. When you’re singing the songs, commit to the songs. Try and feel them so that the gestures come from that real place of feeling and not just rehearsed gestures. So commit in every way you can.”

Karen is a semi-professional singer who has performed in musical theatre shows and is part of several vocal groups. Her performance experience is quite varied, so I knew she would have a good story to tell.

“The first thing is vocal preparation. You could call this technique. How this works for me is about knowing the different sounds that I can make and having the tools to be able to make those sounds. Like, if I want to sing in the top of my range, technique helps me to know how to get there and how to connect all the different parts of my voice to tell my story through music.”

“The second thing is music preparation. For me, the best fund that I have when I’m performing is when I know the music really well and I can take it to the next level in my performance quality, and in engaging with the audience.”

“That for me involves knowing a chart really well; knowing where my place, the vocal line, fits in with the rest of the ensemble; knowing how it sounds when it’s all together; and really knowing my part inside out.”

“The last thing is mental preparation. Really, it’s about dealing with nerves. When I was first starting out a few years ago, I just said yes to every opportunity that came my way. I got lots of experience in different situations.”

“Sometimes, I would do a show where I had many rehearsals in advance. I would know the charts and I could go on stage and be really confident with the music.”

“Other times, I’d be asked to do something at the last minute. I’d be given the charts and quickly have to learn them, and go on stage with very little rehearsal. And everything in between those two scenarios.”

“I got to experience all different levels of pulling it off. Sometimes, I would make mistakes. That is a good thing to experience. You learn what is the worst thing that could happen if I sing a bum note, or I sing the wrong lyric, or mess up somehow”

“In the scheme of the ensemble, people are not necessarily listening only to me. They are also not listening to every note. They don’t know the music as well as you. Often, they don’t even know you’re making a mistake.”

“To experience that and to keep working as a performer, no matter what goes wrong, is the way it has worked for me in mentally preparing and dealing with nerves. It involves knowing exactly what might happen and being OK with the unpredictability of it all.”

Elisabeth is a singer song-writer and double bass player, who crafts the most stunning songs and delivers intimate, heart-warming performances. She is a master of her craft and a well-experienced performer. I knew she would have some great advice to share.

“I like to think of it like this. I have this song; I’ve worked really hard on it; and it’s beautiful to me. The act of bringing it to people, is an act of beauty. I want to give to the audience.”

“If you think of it as this gift. And you think of them as just humans like you. They have given you this beautiful gift of their time. They could be watching a movie or at at theatre show. They chose this space to be here for you. You have this opportunity to give them something.”

“It’s not because I think I’m such a wonderful performer. I just think, yes I made it! They hear it. They feel it. They feel the same thing as me.”

“If you keep your humanity and their humanity as a point of connection. Then, suddenly there’s no room. You don’t have any time to be afraid. It just becomes an incredibly beautiful act.”

“I actually feel better on stage performing than any other time in my life, besides maybe having a cuddle with my sweetheart. It’s just such a beautiful place to be.  To have the gift of people’s attention and to show them how much you love this thing called music and these songs you’ve collected.”

“Your material choice is very important because of that. If you don’t believe in what you’re delivering, you’re already starting on the back foot.”

Confidence problems can affect singers at any stage of their development. They are part of being human and not necessarily an indication of a lack of singing or performing skill. The unique nature of playing an instrument that lives inside of us and is part of our body, means we are always prone to judge our sounds harshly.

Thanks to the TVS clients who shared their stories so willingly. Hopefully, you learned something and feel inspired to see that confidence issues, while a reality, need not hold you back. 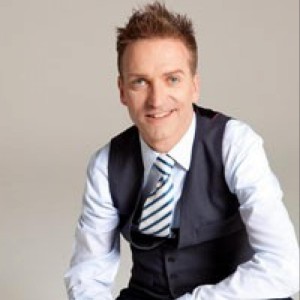 Dr. Darren Wicks is the founder of Total Voice Studio. He is a voice educator, jazz pianist and choral conductor. Darren is passionate about working with singers and mentoring teachers. With a career spanning 25 years, Darren brings a wealth of knowledge and experience to his teaching. His experience includes work as a high school music teacher; a university lecturer, work with community music groups; studio teaching; school and community choirs; amateur musical theatre and teacher education.
All Posts »
PrevPrevious50 Music Theatre Ballads for contemporary singers
Next3 Tips for ALL singers inspired by BeethovenNext